On Track for Record Results

Sika achieved strong growth figures for the first half of 2019, with sales increasing by 9.6% in local currencies to CHF 3,732.4 million (+7.6% in CHF). All regions contributed to growth.

Sika has established a first-class growth platform with the acquisition of Parex, which was completed in the first half of the year. The acquisition represents a strategic step towards a sustainable strengthening of the market position and is the largest in Sika’s history.

Construction markets in the Eurozone countries remained at a solid level in the first half of 2019, against a continued backdrop of low interest rates. The construction economy benefited particularly from investment in both infrastructure and residential construction.

In the first half of 2019, Sika generated a sales increase in local currencies of 7.7% in the EMEA (Europe, Middle East, Africa) region (previous year: 13.6%). Particularly impressive growth in construction activity was recorded in the growth markets of Africa (double-digit growth rates) and Eastern Europe (high single-digit growth).

In Belarus, Sika acquired Belineco, a specialist manufacturer of polyurethane foam systems, thereby expanding its know-how in the development and production of PU foams. Production capacity was expanded in Senegal, Egypt, and Qatar, with new factories opened for concrete admixtures and mortar.

Despite the ongoing trade dispute with China, the market environment in the United States is positive with GDP growth of just under 3%. The construction markets in North America developed well in the first half of 2019. There were high levels of investment in renovation and refurbishment projects, as well as in commercial newbuild projects. Spending on infrastructure projects remained at a low level. The markets in Latin America were confronted by persistently high rates of inflation and currency fluctuations. In countries such as Mexico and Brazil, the political environment was characterized by a change in government and associated uncertainties.

The Americas region recorded strong sales growth of 11.4% in the first half of 2019 (previous year: 13.6%). Investment in the country’s rapidly growing metropolitan areas was the driving force behind high single-digit growth in the United States. An acceleration in building activity was evident in North America in the second quarter in particular. However, bottlenecks were apparent in the implementation of construction projects due to the persistent shortage of specialist labor and higher wage costs in the construction sector.

Latin America recorded high growth. In Mexico, the repercussions of the change in government were noticeable in the implementation of infrastructure projects. The development of business was above-average in Brazil, Colombia, and Peru.

In Canada, the acquisition of the King Packaged Materials Company in the reporting period brought a leading manufacturer of concrete repair systems into the Group. King holds a leading position in various technologies in the area of tunneling and mining, which are now being rolled out throughout the region.

The economies of Asia and the Pacific region are emerging as the long-term engine of the global economy, and in the majority of countries in this region the construction economy is being stimulated by large infrastructure projects against a continued backdrop of low interest rates. In China in particular, the construction sector is performing at a robust level thanks to the corresponding support measures from the government, despite a general slowdown in the economy and the ongoing trade conflict with the US. In other countries of the region, economic and fiscal policy measures are also being implemented. These will likewise feed through into the construction economy in the medium term.

Growth in the Asia/Pacific region amounted to 15.6% (previous year: 5.0%). The highest growth rates were recorded by India and China.

The region generally and above all China are already benefiting from Parex and the combined sales activities. Moreover, Sika is also represented in China on large-scale projects such as the Beijing New International Airport, which will be the largest airport in the world once all expansion work is complete.

In the first half of 2019, the number of new vehicles sold slumped by 6.7% compared to the first half of 2018. In the large sales markets of Europe, the United States, and China, automotive sales continue to decline sharply, albeit to differing extents. This is attributable to, among other things, economic uncertainties as well as ever more rigorous emission regulations and test processes. Measures to stimulate the automotive economy have not yet had any significant effect, particularly in China. The important trends in the automotive sector remain new drive concepts involving electromobility or hybrid technologies, and lightweight construction. These were as well technology drivers in 2018. Virtually all automotive manufacturers are investing heavily in the development of electric vehicles, and will be bringing a large number of new platforms and models to market over the next few years.

The Global Business segment recorded a growth rate of 4.9% (previous year: 28.5%). Sika generated further growth in the automotive area in the first half of 2019, despite a significant decline in the production figures of automotive manufacturers all around the world. The megatrends evident in modern automotive construction, which are dominated by electromobility and lightweight construction, are opening up avenues of growth potential for Sika through the demand for new, lighter platforms and multi-material designs. 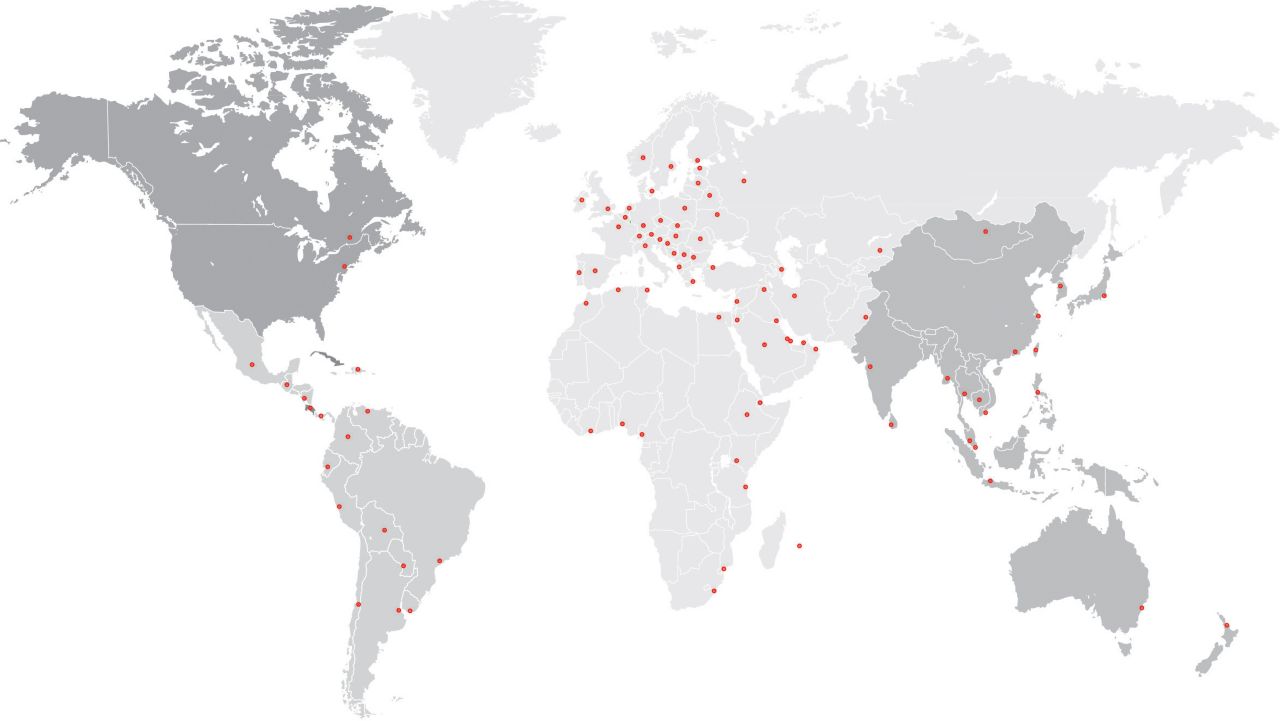 The Regions in Brief