Bolstered by a late winter, Sika AG's sales picked up momentum in the 4th quarter of 2013. Total sales grew 9.4% in local currencies in the 2013 financial year. Adjusted for exchange rates, sales were 6.5% higher at CHF 5.14 billion. This positive development is largely due to organic growth. The rapid integration of acquisitions also helped to drive growth momentum.

5.9% of the overall sales increase reported in the 2013 financial year was attributable to organic growth, to which all regions contributed. Acquisition-related sales growth came to 3.5%. The strong Swiss franc produced a negative currency effect of 2.9%. This resulted in 6.5% sales growth in Swiss francs. In light of the demanding conditions prevailing in numerous markets, the results achieved bear testimony to the strength and robustness of Sika's growth strategy.

The region EMEA (Europe, Middle East, Africa) reported 8.5% growth for 2013. This positive trend was driven primarily by organic growth in Eastern Europe, Africa, the Middle East and the UK, as well as by acquisitions.

Business in the region North America picked up considerably toward the end of the year, resulting in a 2.3% increase in sales for 2013. While the residential real estate market recovered, any positive impact on the rest of the construction industry remained modest.

Latin America posted the strongest growth of all regions in 2013. Year-on-year, sales were 15.1% higher, with every country and target market recording increases.

Through investments in emerging markets, the launch of new products, and the acquired companies, Sika is poised to continue its growth strategy in the current year 2014. That being said, the significant currency movements witnessed in the past few months and the process of integrating the newly acquired companies present a challenge in terms of sales growth and costs items. 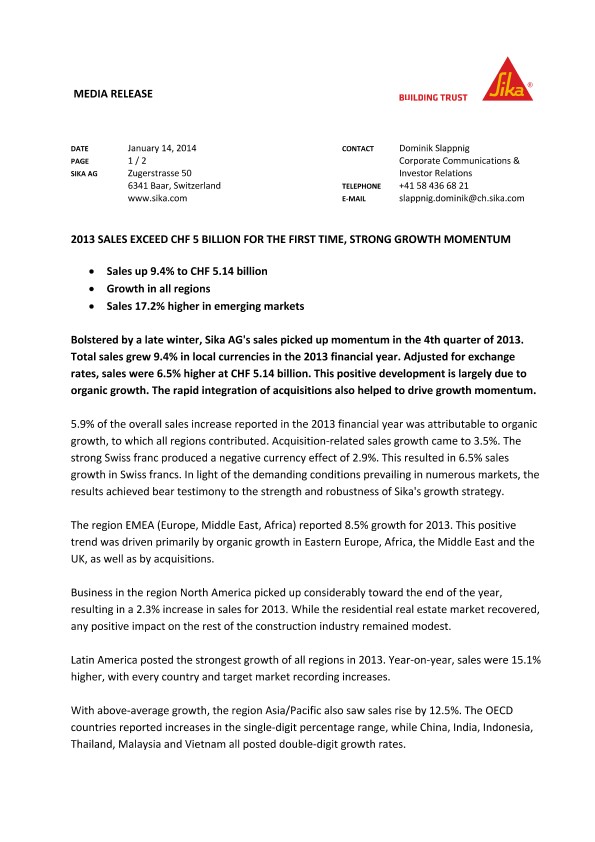 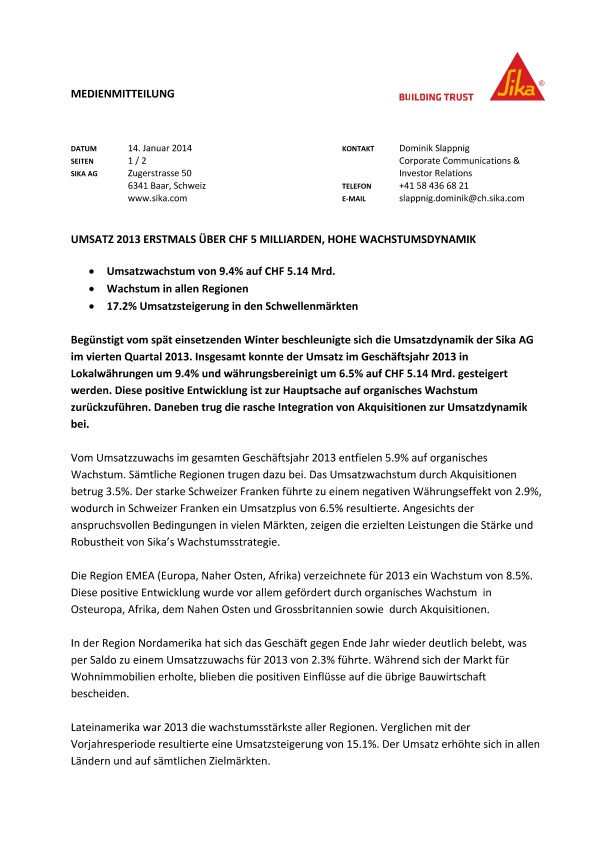