Ivo Schädler will assume responsibility for the Europe, Middle East and Africa (EMEA) region and will join Sika's Group Management. He succeeds Paul Schuler, who was appointed Chief Executive Officer in May. Both will commence their new roles on July 1, 2017. 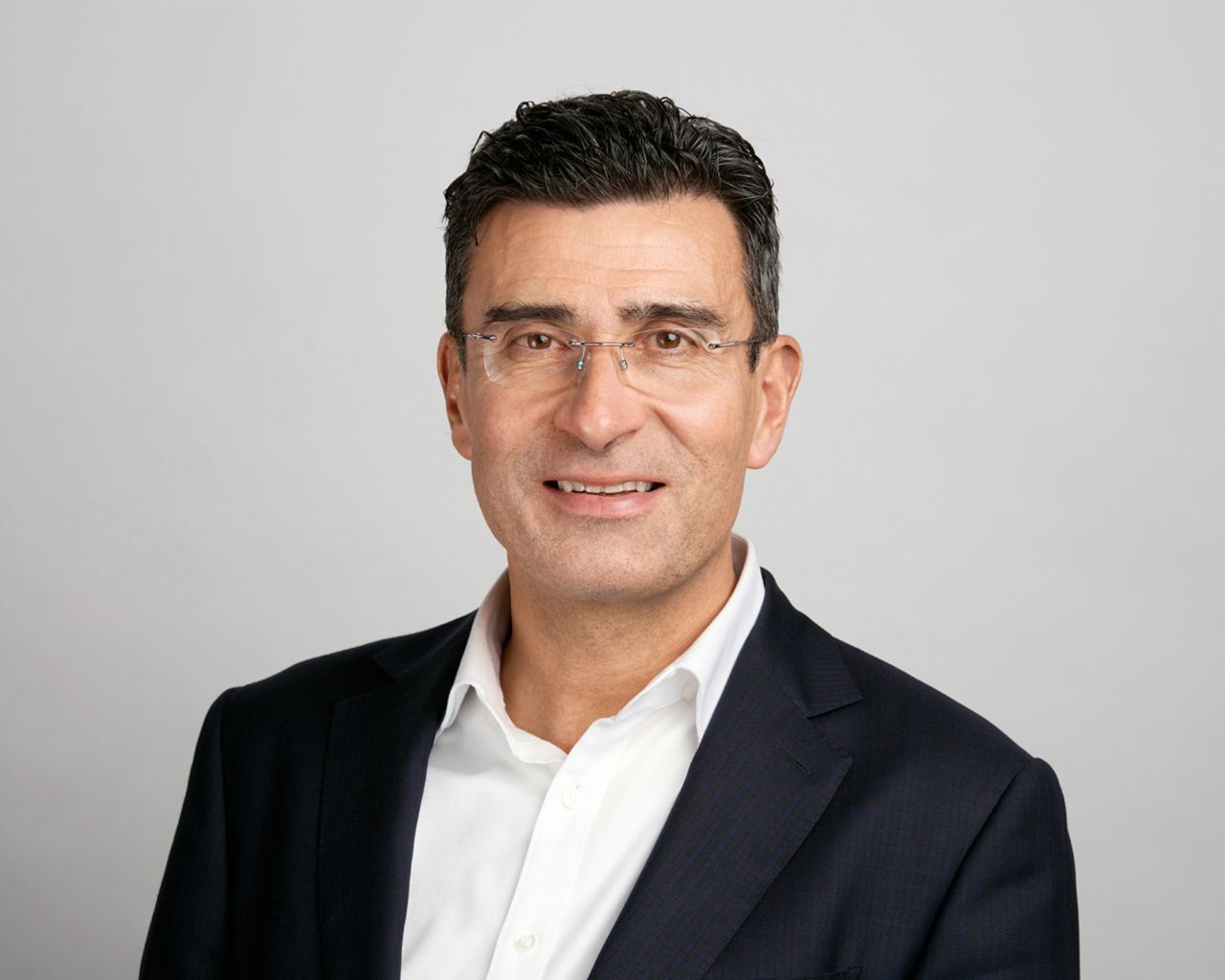 Ivo Schädler (51) began his career at Sika in 1997. He held various management positions at the Swiss national subsidiary before becoming General Manager for the UK and Ireland in 2012. In this role, he not only drove forward the subsidiaries' growth and profitability, but also successfully completed the acquisition and integration of Everbuild Building Products Ltd., the UK's largest manufacturer of sealants and adhesives.

In 2015 Ivo Schädler was appointed Area Manager Europe South and Head EMEA Target Market Refurbishment. His area of responsibility included sales activities in the major EU countries; UK, France, Italy and Spain, as well as in the repair and maintenance sector in the EMEA region, managing a turnover of around CHF 1 billion.

Ivo Schädler is a qualified materials science engineer (ETH Zurich) and also holds an MBA. He is a Swiss national and is married with two children. 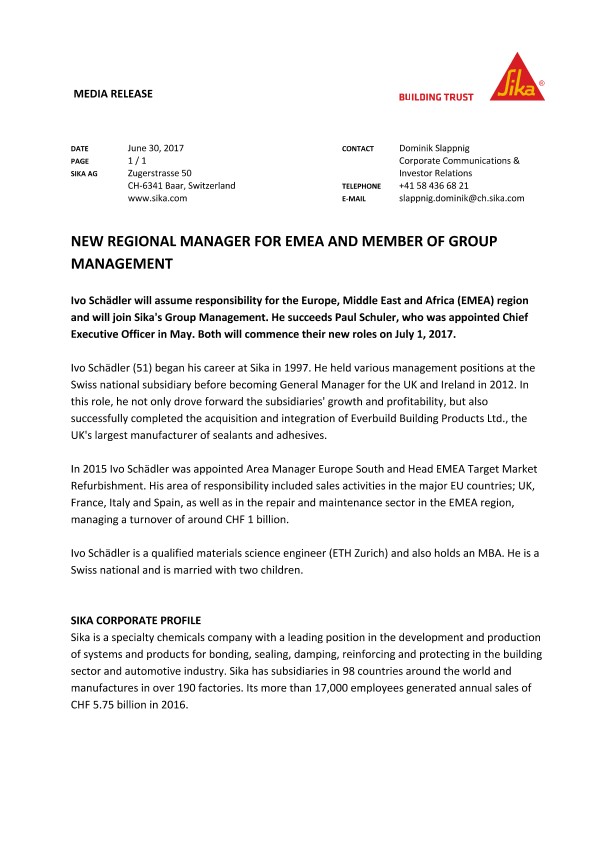 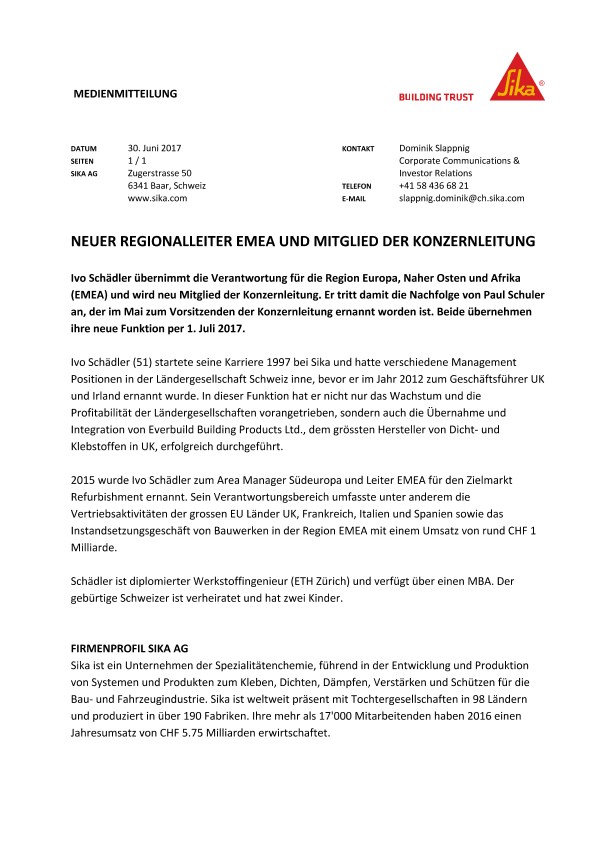