▪ All the Board of Directors' proposals were approved by shareholders at the 51st
▪ Annual General Meeting of Sika AG on April 9, 2019. 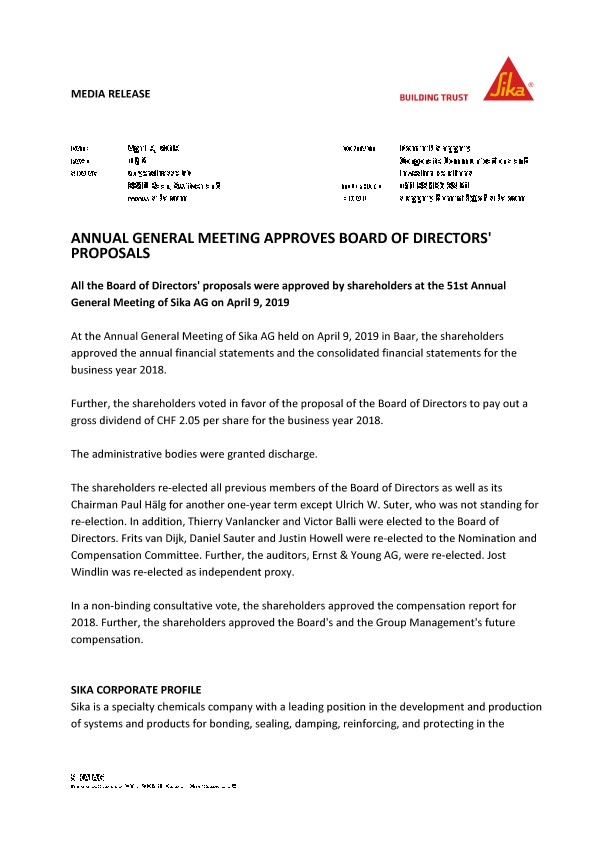 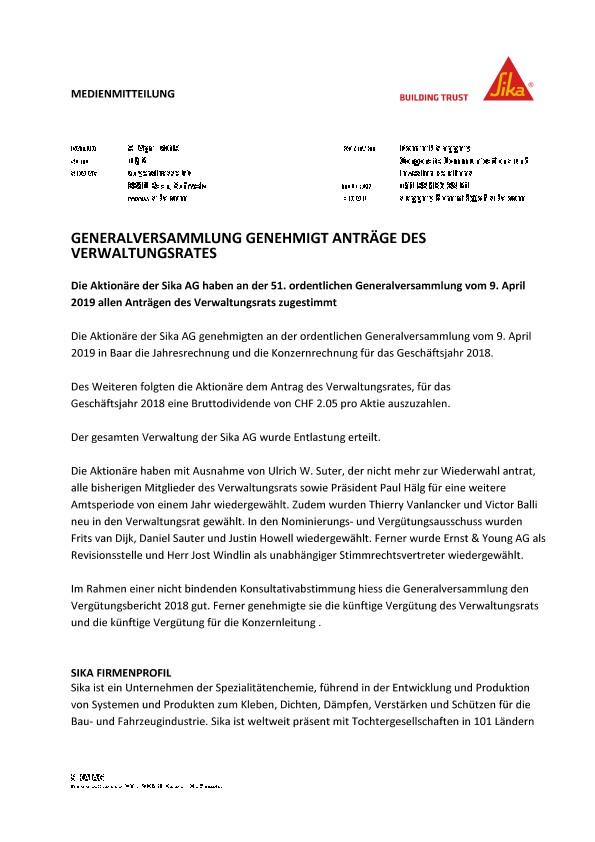