At the 52nd Annual General Meeting of Sika AG on April 21, 2020, all proposals of the Board of Directors were approved. 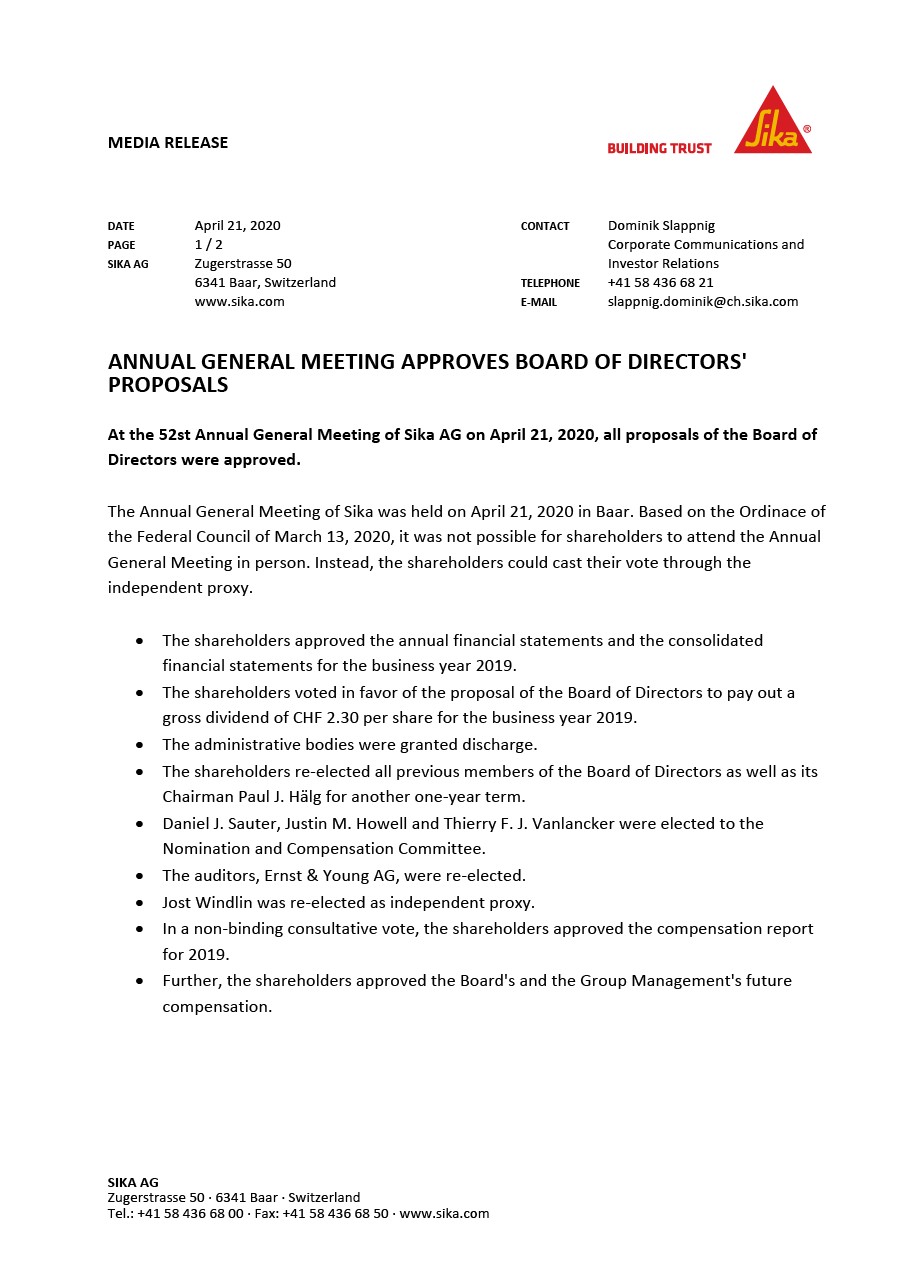 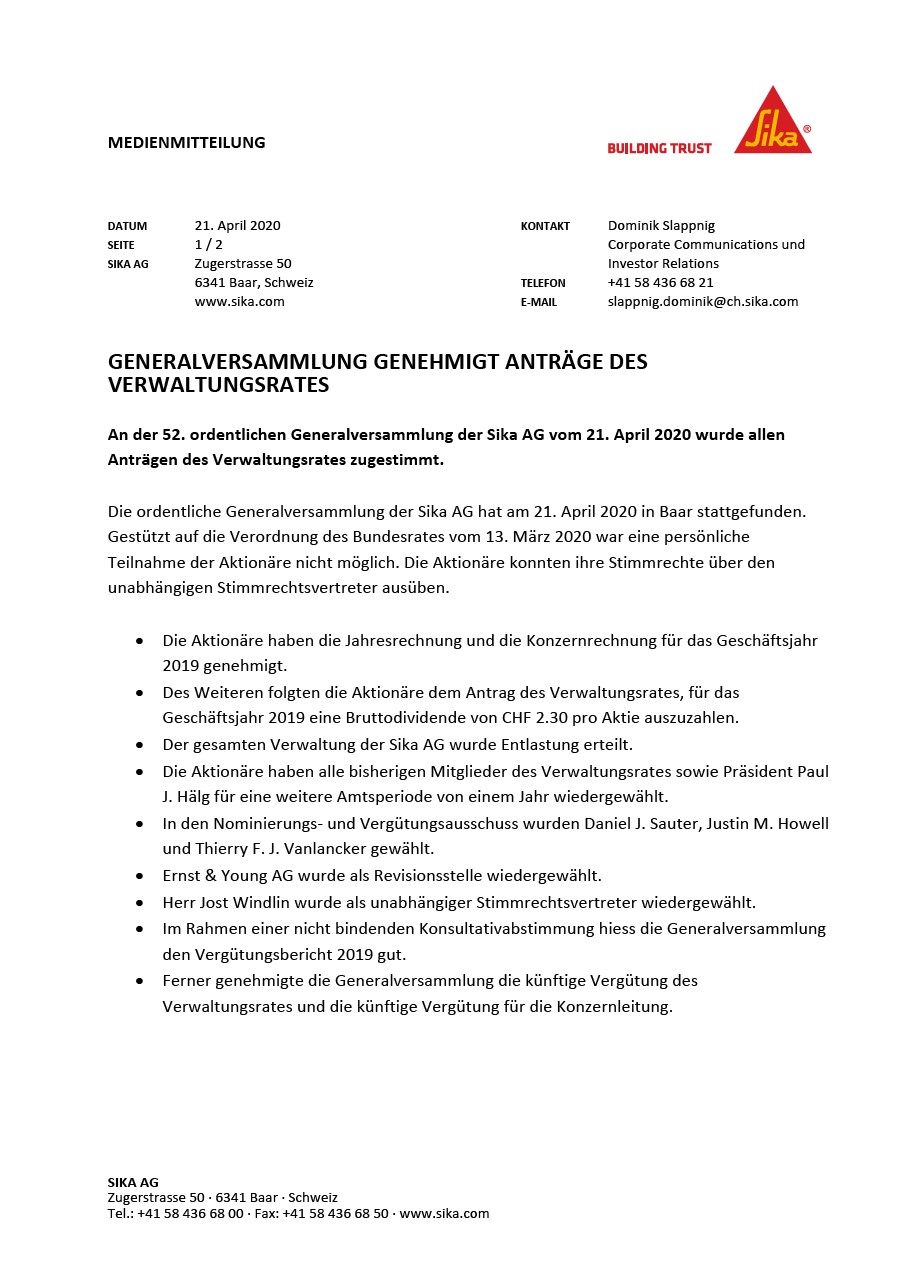