The Board of Directors has confirmed that the Annual General Meeting will be held on April 20, 2021.

Paul Schuler, a Swiss national, has played a key role in developing and executing Sika’s successful growth strategy. His achievements at Sika include, to name just a few, the high growth rates, significant improvements in efficiency and profitability, as well as responsibility for the integration of several acquisitions, including the acquisition of Parex. With his extensive knowledge of the company, the markets, products, and technologies as well as of Sika's corporate culture, he brings valuable expertise to the Board of Directors.

The complete agenda containing the Board of Directors' proposals on all items will be sent to shareholders and will be published in the Swiss Official Gazette of Commerce as well as on the website of Sika AG on March 19, 2021. 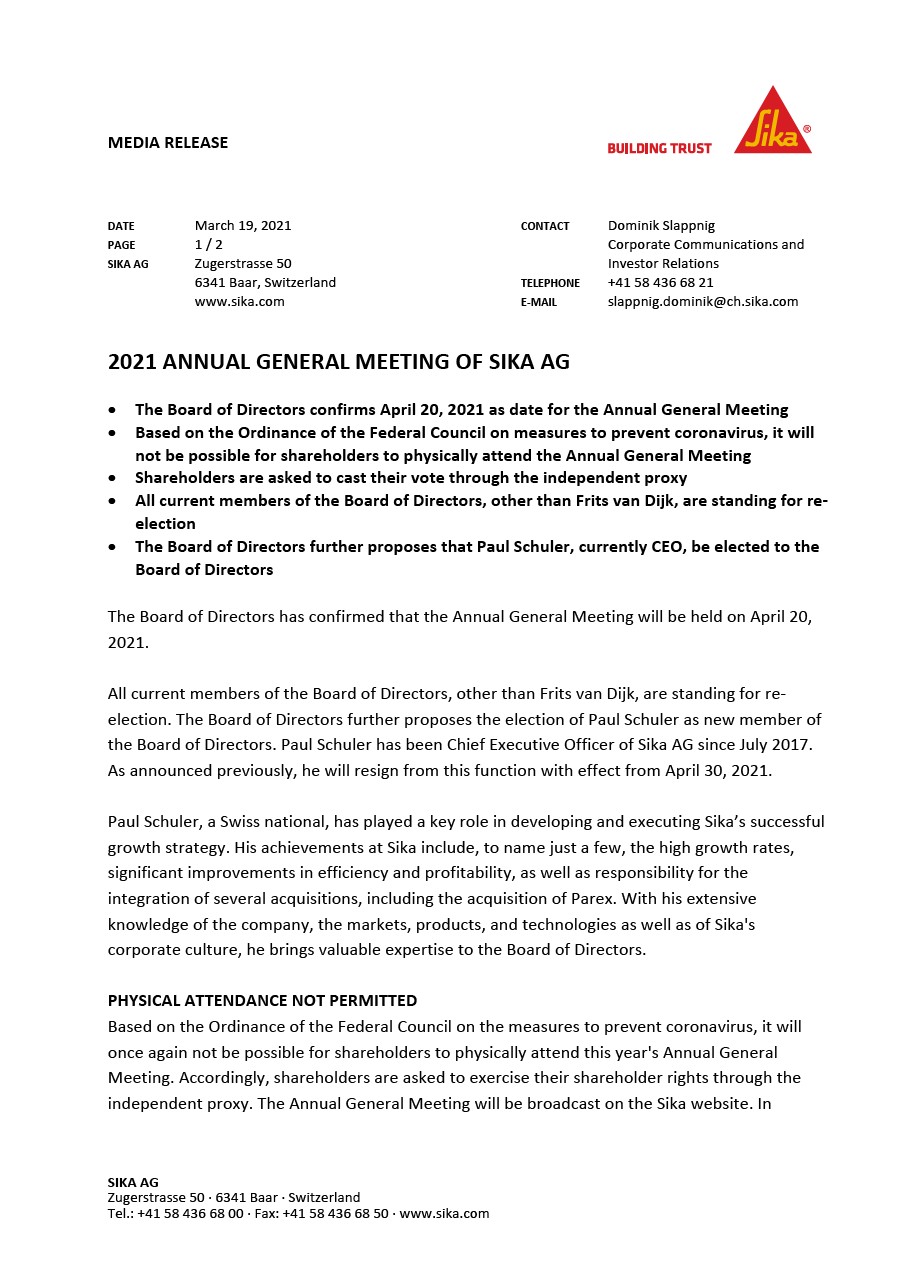 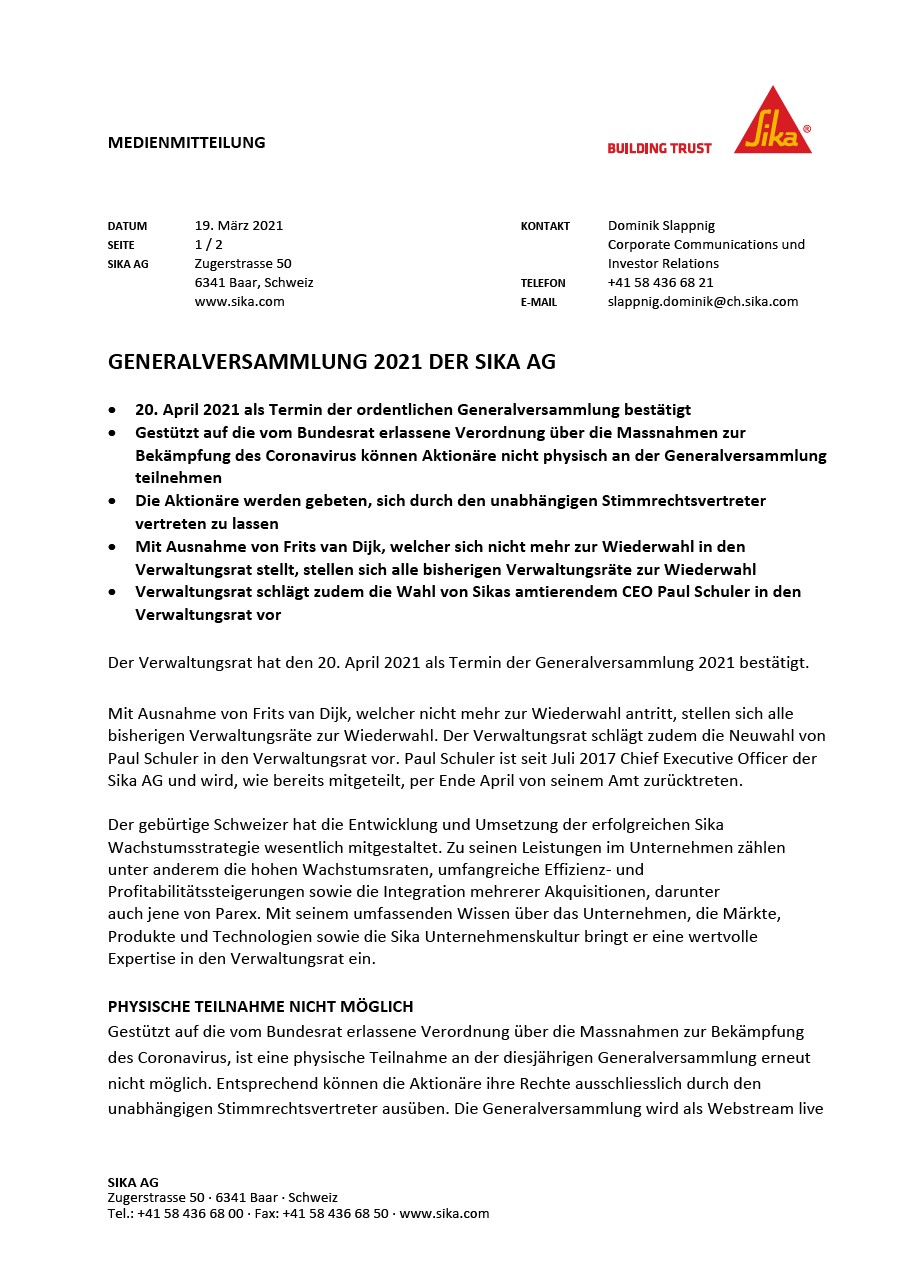