In 2004, the Tunisian government decided that a new airport should be built on 4,300 hectares at Enfidha, a state-of-the-art international airport complex with first-class shopping, restaurants, entertainment facilities and service for the airlines and passengers. The construction plans called for building the airport in several phases; the first phase of the airport would have a passenger handling capacity of five million per year.

The airport was set to be a symbol of the country and had to reflect the image of modern Tunisia. The design of the terminal was conceived in the form of a square diamond, the point of which is directed towards the landing strips. The terminal building was covered with a light roof in a futuristic design in the form of giant wings.

The external facade shows a clear division between the lower levels and that of the upper ones of the building. The use of clever glazing in the building allows light to permeate the whole interior space. A large space was established in the center of the building, and different gardens were created between the runway area and departure lounges to give passengers a chance to relax. The interior design is a subtle mixture of traditional and modern styles. 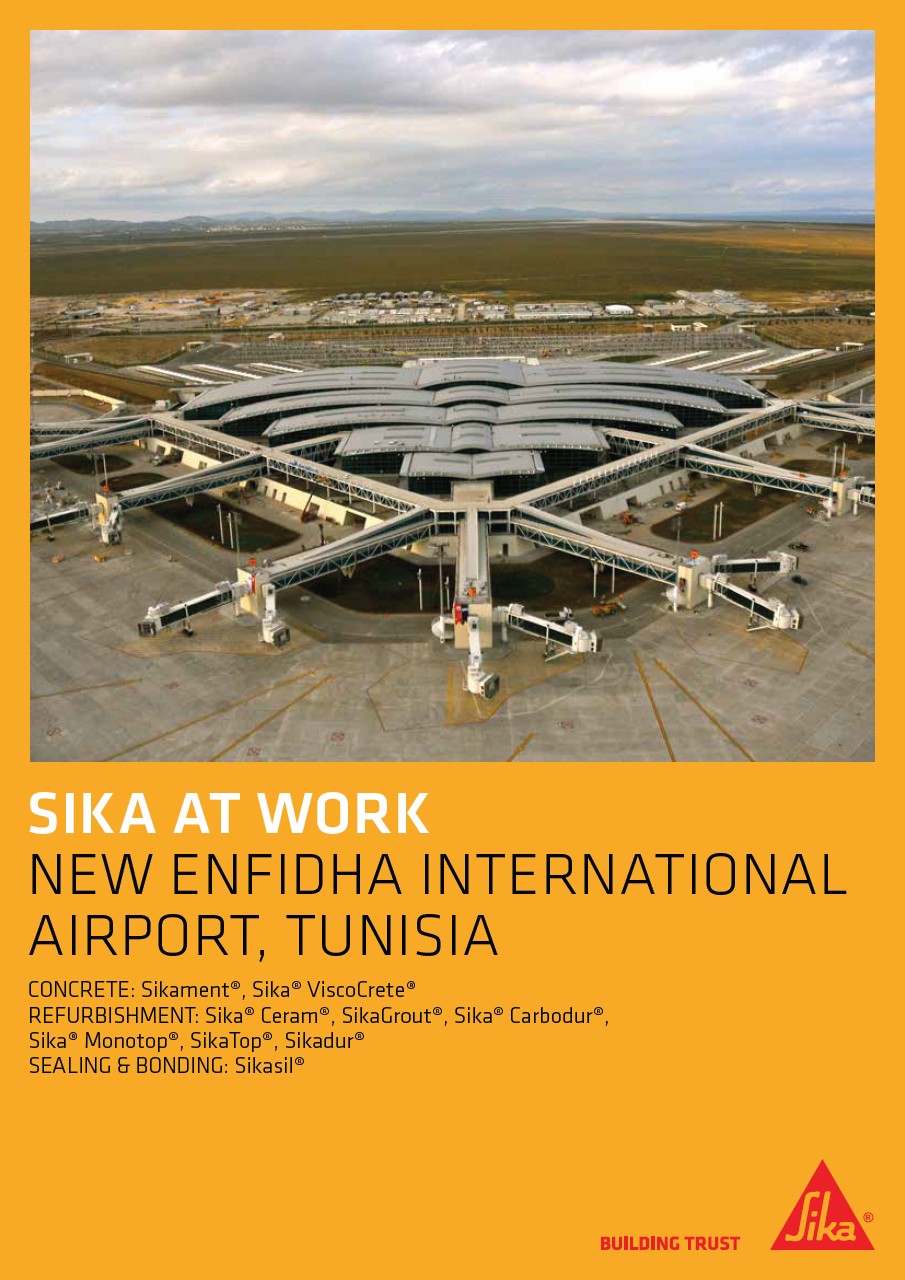