The hydropower plant Eglisau-Glattfelden was built from 1915 to 1920. Since 1988, it has been listed among the buildings worthy of protection in the canton of Zurich. In 2012, an investment in new machine groups was done to increase power production by 30%. Furthermore, the building was partly renovated. The ceramic tiling, which had been laid on a thick-bed, was removed and re-designed.

After the subsurface preparation, about 45 tonnes of Sika® Level-340 were installed within 4-5 hours using pumps. Already 24 hours later, the levelling layer was ready for tiling. With a conventional screed, this process would have taken 28 days. To withstand high point loads and to avoid transmission of vibrations to the surface material, the decoupling mat Sika® Permat was installed. Afterwards, stoneware tiles (150 x 150 x 13 mm) were laid diagonally as cross joints on 850 m². 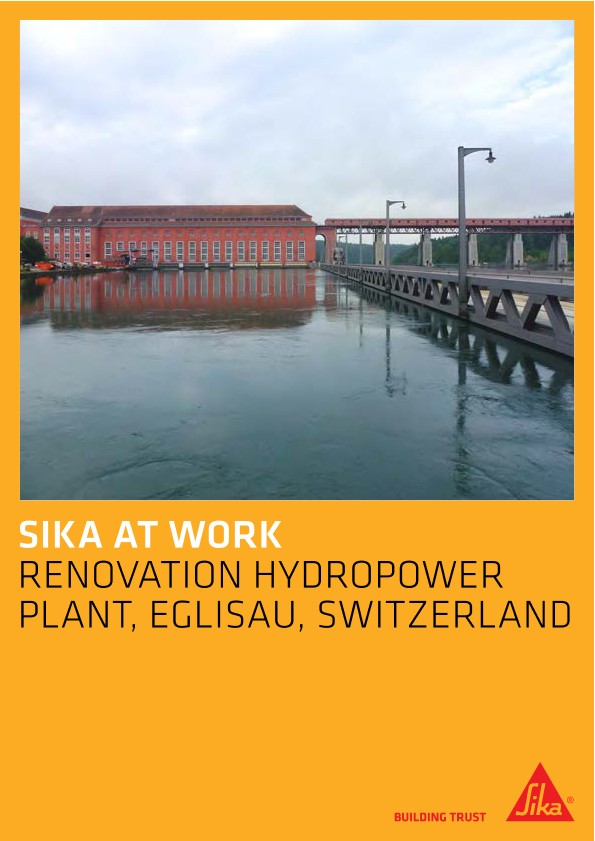