Concrete is the most frequently used building material in the world. This is because the basis ingredients are available everywhere and it is relatively easy and cheap to produce. Nowadays concrete is easy to handle on site, and, with the right concrete admixtures and mix design, the material can meet the requirements of contractors (workability, pumpability, self-levelling, and early strength), owners (durability, strength and early strength) and engineers (compressive strength and durability). 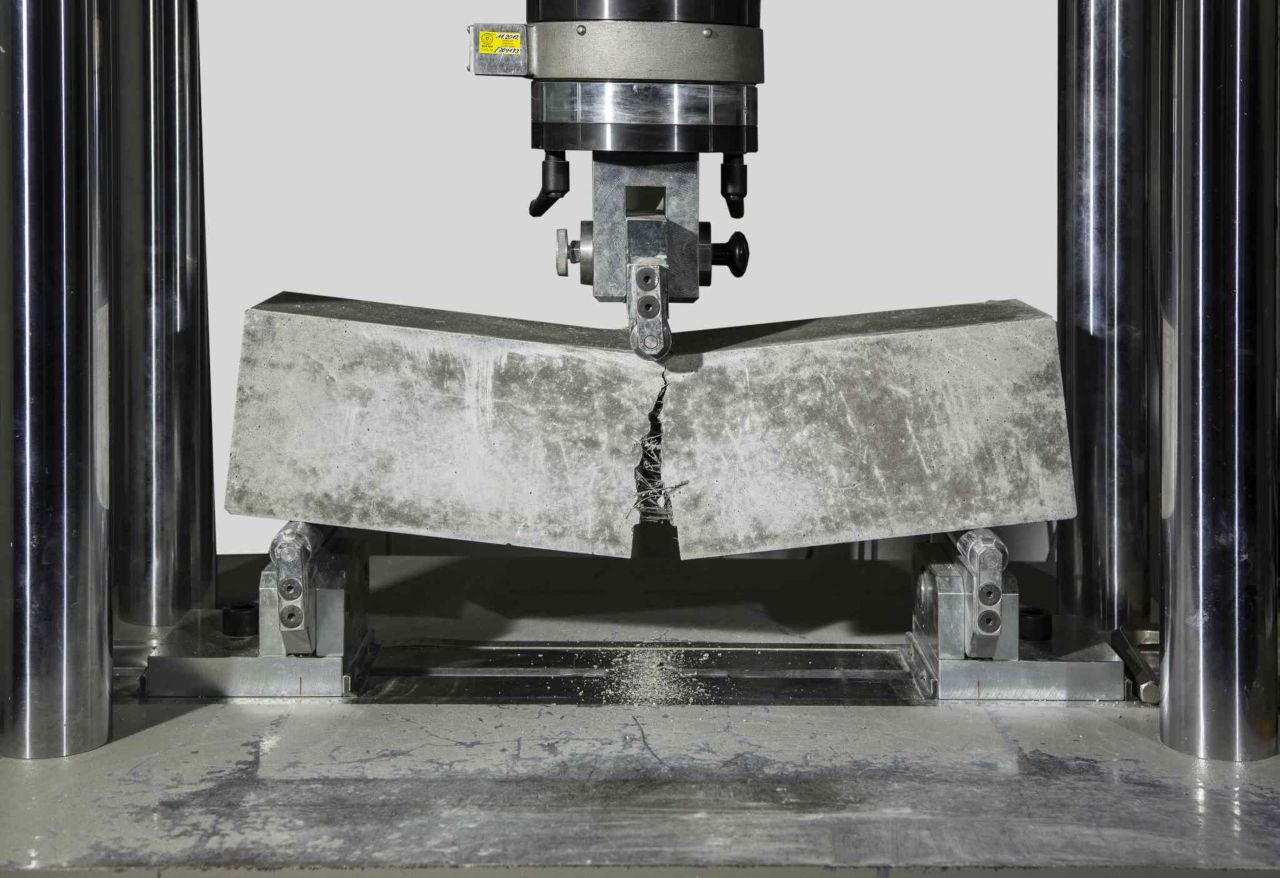 The big advantage of concrete as a material is the high compressive strength that  it can reach after a certain hardening time. This property makes the concrete very efficient and economical for many applications. The major disadvantage of concrete is its tensile strength, which is only about 10% of its compressive strength. As a result, concrete is very inefficient at dealing with tensile stresses, which means that it usually needs to be reinforced with steel bars or steel mesh capable of resisting the tensile forces in the concrete.

In specific applications, the steel reinforcement can beat least partly replaced with fibers. Substituting fibers for steel reinforcement has many advantages for owners,  contractors, engineers and ready-mix concrete suppliers. For example, when  shotcreting a tunnel, and using the shotcrete as a temporary security layer, the  steel mesh can be replaced with structural fibers. The performance is usually demonstrated with site tests which are defined in several standards. In this case, the reinforcement does not need to be fixed on the unsupported rock, which  substantially increases on-site safety. It also speeds up the construction process, by eliminating the time needed to install the mesh. Shotcrete loss due to rebound is higher when spraying onto steel mesh than when spraying fiber-reinforced shotcrete with no mesh.

Because the fibers are added  during concrete mixing, the reinforcement is homogeneously distributed in the shotcrete and not dependent on the location of the mesh. This increases safety in the event of rock movements as fewer shotcreted parts fall down from the supporting layer. Due to factors such as time savings, savings in the amount of shotcrete  required, improved safety during application and in different load scenarios, using fibers as an alternative solution makes a lot of sense. 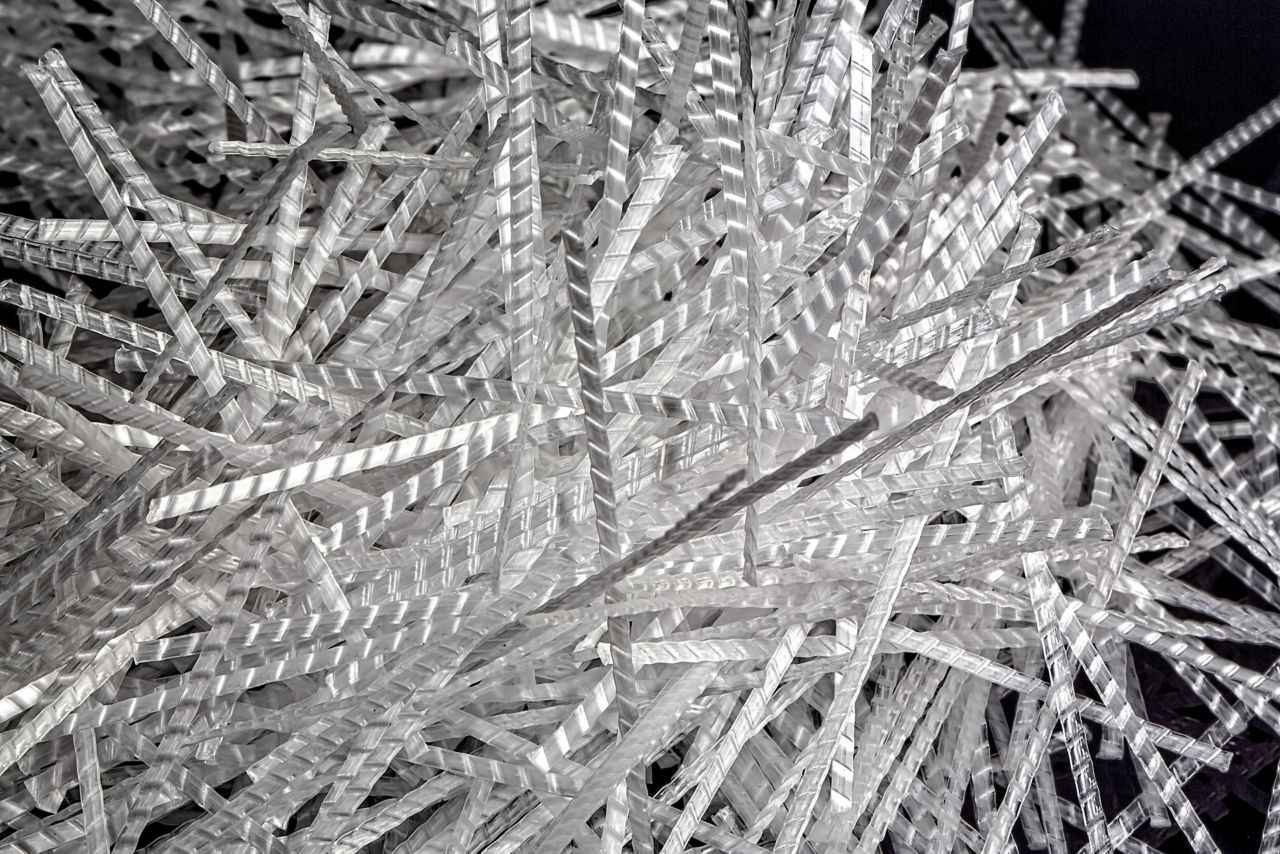 In the special case of synthetic fibers, the contractor and ready-mix plant customer also benefit from lower wear costs than with steel fibers, as the synthetic fibers are less abrasive. SikaFiber® Force synthetic fibers are produced in fiber bundles wrapped with a water soluble film (fiber pucks) for easy dosing and can be ordered in big-bags for large job sites or in 5kg water-soluble bags that can be dosed directly into a  concrete mixer. This innovative waste-reducing solution has won Sika several  packaging prices.

The second example of how fibers can be used is slab-on-ground applications. Here the concrete is bedded on the ground and needs to transmit the loads resulting  from racks, forklifts, storage devices or trucks driving on top of the slab. Replacing the steel mesh reinforcement with synthetic fibers makes installing and applying the concrete much easier, as the reinforcement does not have to be installed in advance and the concrete can be poured directly from the mixing truck, which avoids the need for a concrete pump. As the fibers are distributed homogeneously  in the concrete, they will protect it at the edges and close to the surface, which is where problems with abrasion or spalling usually occur.

The concrete mix design needs to be slightly modified and it is essential to add  sufficient concrete admixture and allow adequate curing. With these modifications, and in the hands of an experienced applicator, good-quality slabs on ground can be  achieved much more economically than with conventional steel mesh  reinforcement. Combining fibers and shrinkage-reducing admixtures can even result in extended joint spacing. With fewer joints, the construction process is faster and more cost efficient. The use of a slab is more convenient, and the costs of  maintaining it are reduced.

Synthetic fibers are also used to reduce early-age cracks resulting from plastic deformations in the first hours after the concrete was placed. This involves using smaller and much thinner fibers known as micro fibers. These micro fibers increase the cohesion of the concrete and keep the micro cracks small, which increases the durability of the concrete structure. 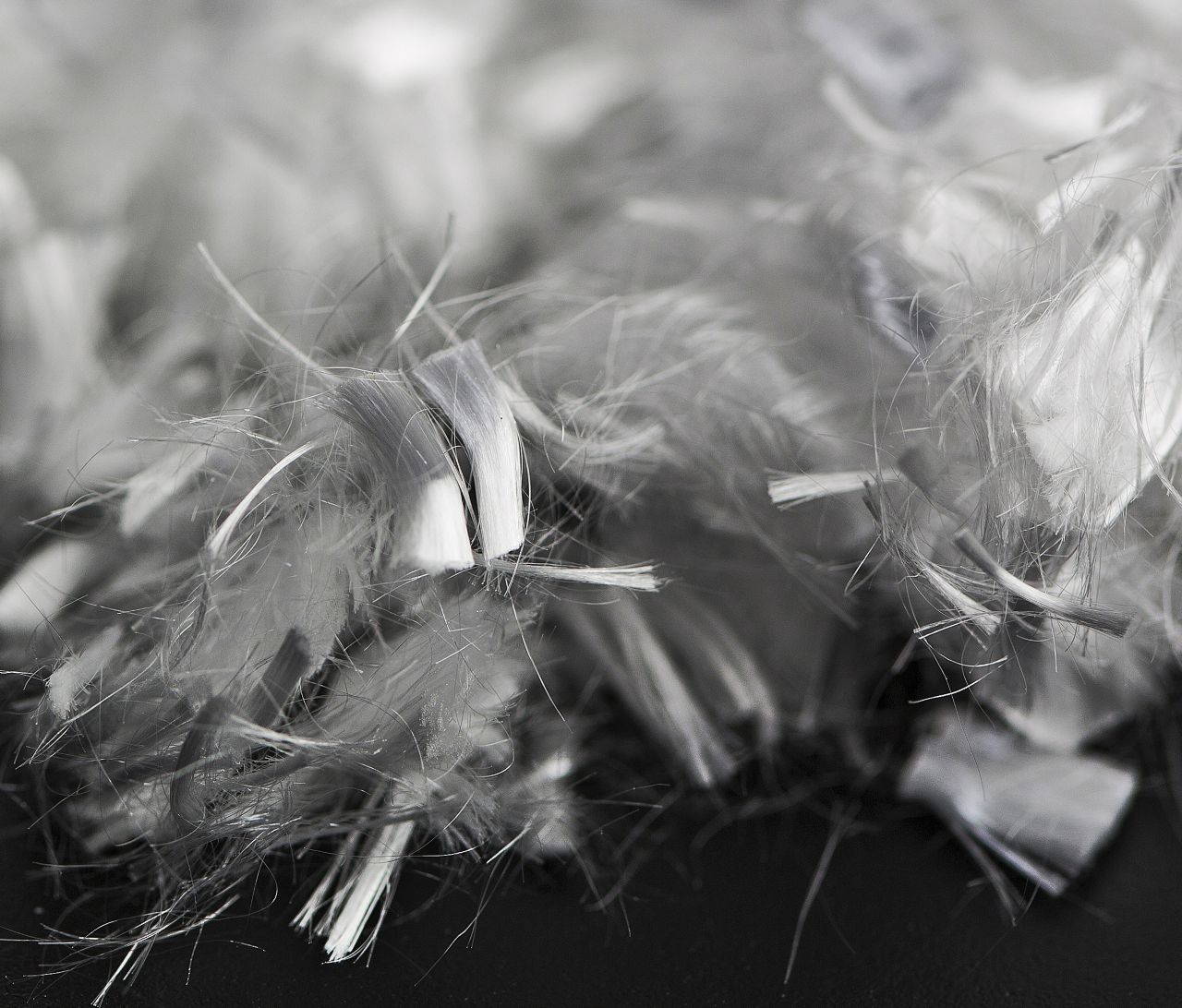 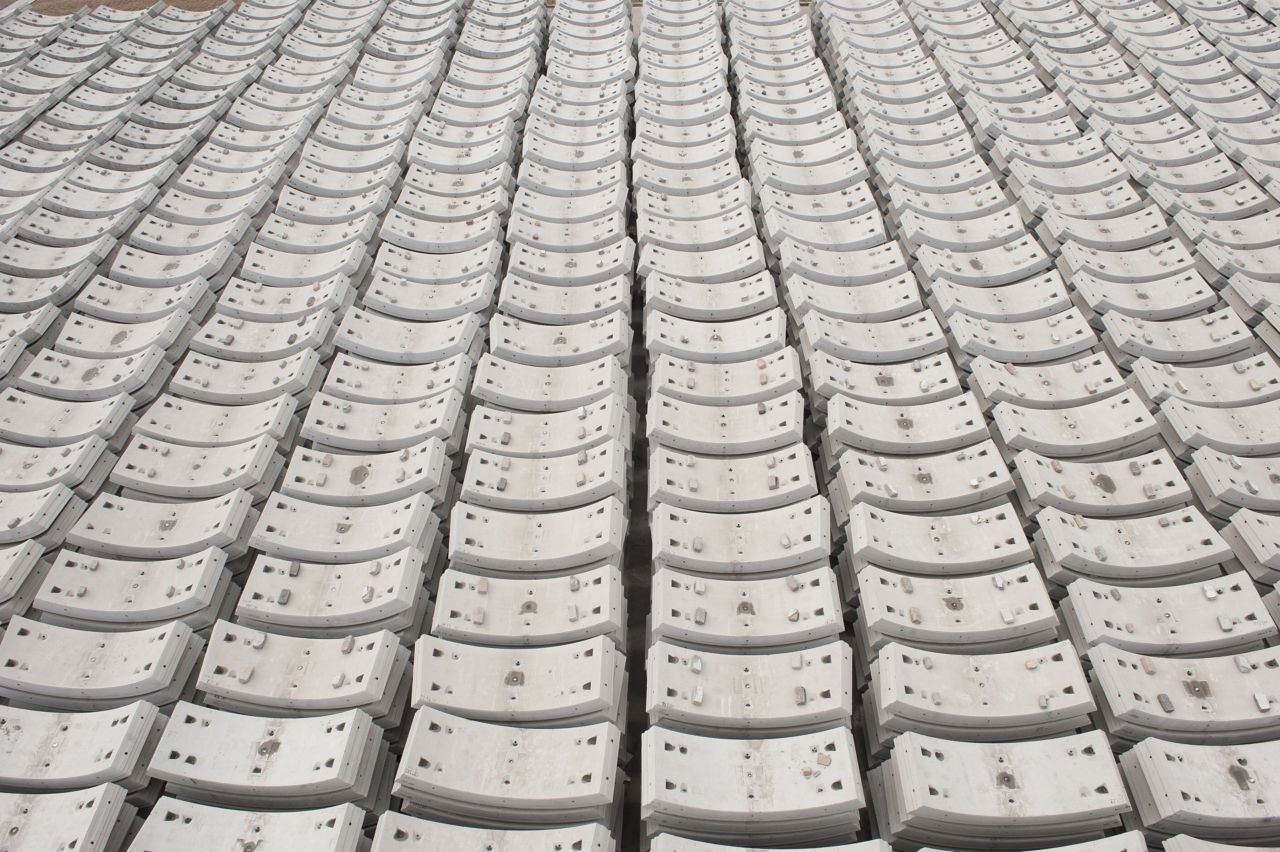 In addition to their technical benefits, both micro fiber and structural macro fiber technologies increase the durability of concrete structures, enhance on-site safety and offer an economically appealing alternative to conventional steel mesh reinforcement. When combined with our admixture and additive technologies, this innovative solution  delivers even greater customer benefits.

Sika produces the different fiber types at several locations throughout the world, which ensures a fast and flexible supply chain for customers. Our technology experts can supply technical support with the support of our fiber lab in  Switzerland, where all customary fiber tests can be performed. Our products are  tested in the lab and on site and are subject to continuous optimization in line with customer needs. Fibers produced and sold in Europe comply with CE requirements, and production quality is strictly controlled in order to ensure consistent high quality. 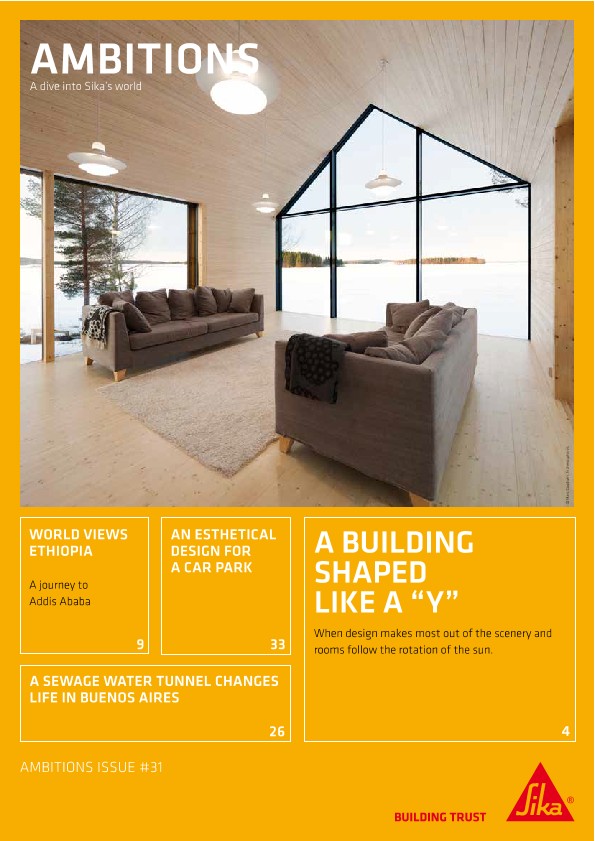