5.8% Increase in Sales Thanks to Strong Global Positioning

In 2012, Sika lifted sales by 5.8% to CHF 4.82 billion. This was largely attributable to Sika's strong global presence, which enabled the company to offset fall-offs in demand in European markets. 10.7% growth was achieved in the emerging markets.

In Asia/Pacific, Sika reported growth of 6.8% in local currencies, benefiting from a substantial expansion in sales in Southeast Asia, stable order books in Japan and a marked recovery in China in the second half of the year. The Region IMEA (India, Middle East, Africa) saw a 7.7% increase in local currencies.

In Europe, the debt problem and euro crisis had a negative impact, resulting in a downwards volume trend in most European markets. The Region Europe North recorded negative growth of -4.0%, while the Region Europe South witnessed growth of 1.0%. Adjusting for the positive acquisition effect gives decreasing growth of -7.0% here. 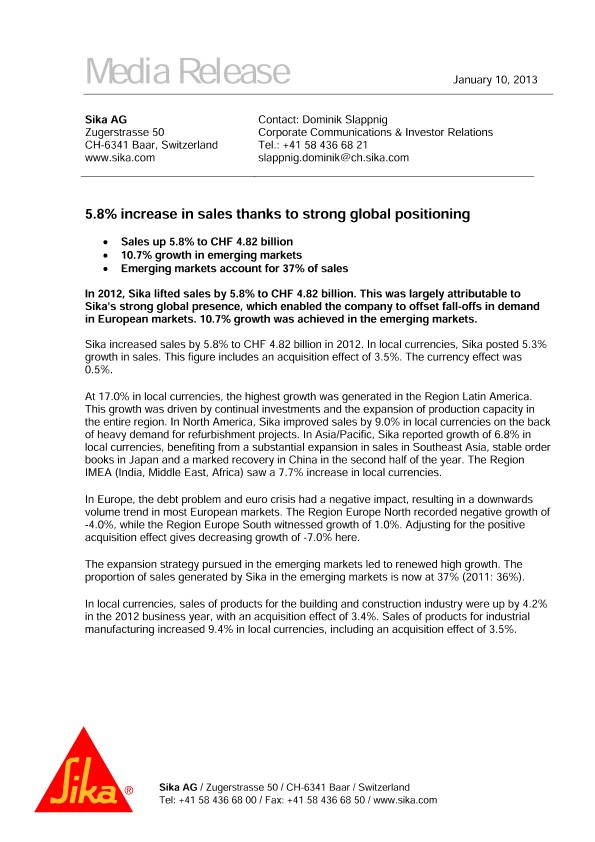 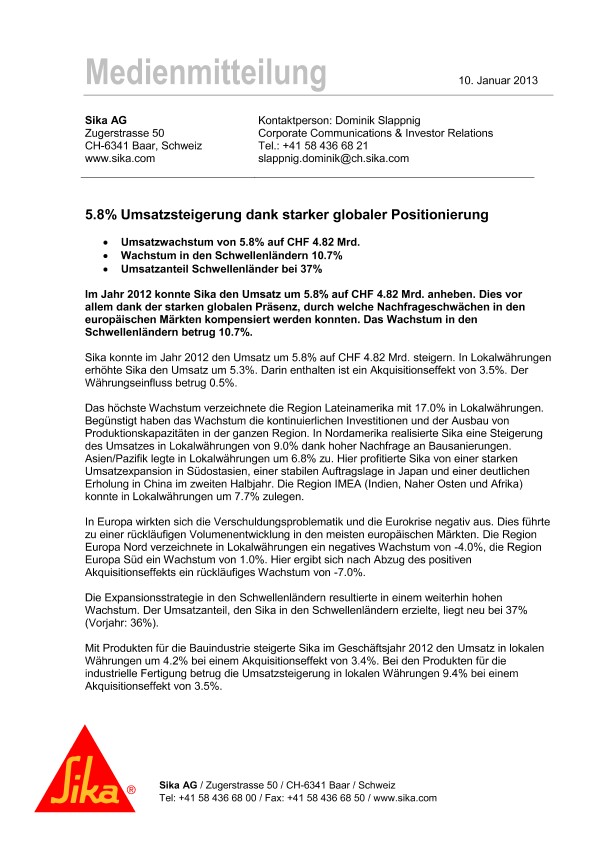