▪ Sales growth of 4.4% (4.0% in CHF)
▪ Sales up 15.3% in emerging markets
▪ 11.4% rise in EBIT
▪ Above-average increase in net profit of 13.2%
Following a slow first quarter in which the construction sector was hit by bad weather conditions, in the second quarter Sika made good the delays encountered in building projects. Sika posted growth in all regions and achieved an 8.3% increase in second-quarter sales. Net sales for the first half of 2013 came to CHF 2,402.5 million, corresponding to an increase of 4.4% in local currencies and 4.0% in CHF respectively.

Jan Jenisch, CEO of Sika: „After a weather related slow start of the year our employees delivered an excellent second quarter with sales growth of 8.3% and a significant improvement of our margins. Driven by the opening of ten new factories in the last twelve months, the accelerated pace of expansion in the emerging markets progressed ahead of our expectations resulting in a 15.3% sales growth.”

ALL REGIONS SHOWING GROWTH IN THE SECOND QUARTER

In key Sika markets such as Germany and the Northern European countries, the sentiment was rather cautious in the first half of 2013 and numerous new infrastructure projects were postponed. There is still no trend reversal in sight in Southern Europe. Sika reported a further improvement in profitability in the region EMEA, with the EBIT margin at 10.0% or around 20% higher than in the first half of 2012.

After a severe winter with a substantial decrease in sales in the roofing segment, Sika’s markets in the region North America improved slightly. Various building projects which had been delayed owing to the weather were started in the second quarter of 2013. There is still some catching up to do, though. While stricter budget restrictions imposed by the US government and the individual federal states slowed Sika’s business to some extent, the recovery in the housing market had a positive impact on the construction climate.

Maintaining the momentum seen in previous periods in the region Latin America, Sika recorded 11.8% growth in the first half of 2013. Sika reported a substantial increase in sales in all target markets throughout the entire region, with growth especially strong in Brazil and Argentina. Inflation trends in South America had a negative effect in individual states.

In the region Asia/Pacific, Sika saw further strong growth and lifted net sales by 11.2% in local currencies. While volumes were stable in the OECD countries, China and Southeast Asia achieved high double-digit growth. The systematic growth strategy is paying off here, in particular geographic expansion, investments in production capacity, and the focus on project business.

Although the automotive market witnessed only moderate growth of 1% overall, Sika recorded a significant increase in sales in the automotive business area in the first half of 2013. Thanks to new technologies, the Group profited in particular from the launch of new models in the premium segment. Overall, Sika achieved a high single digit percentage increase year-on-year in local currencies in this area.

For the second half of 2013, Sika expects to see a continuation of the dynamic development in the emerging markets. Demand from Asia will remain strong, and Sika is projecting double-digit growth rates for Latin America. On the other hand, developments in Europe are still uncertain.

Based on its half-year results and with the acquisitions in the UK , India, Mexico, and Australia, Sika confirms the growth targets of 4.0% to 6.0% in local currency communicated in the 2012 Annual Report as well as the slight improvement in profitability for 2013.

1 Restated due to amendments in segment structure.
2 Including acquisitions. 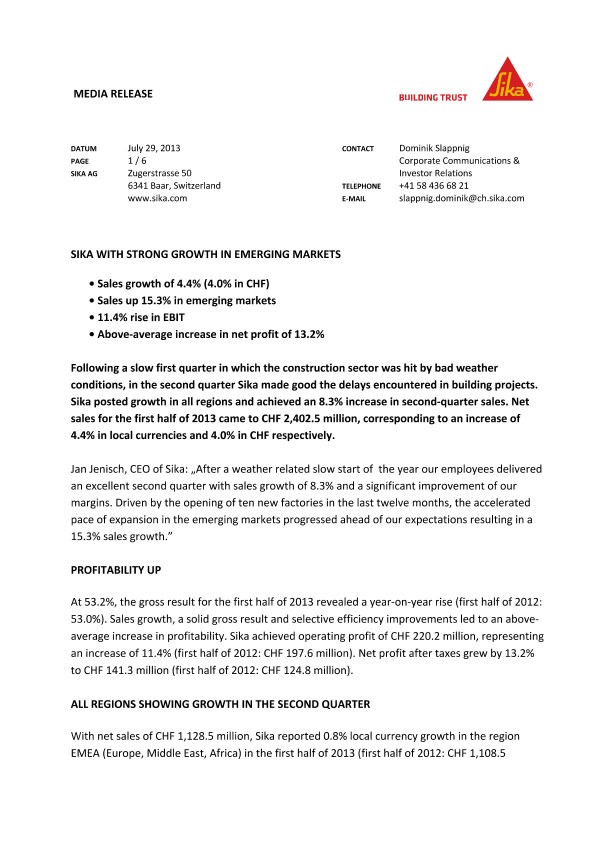 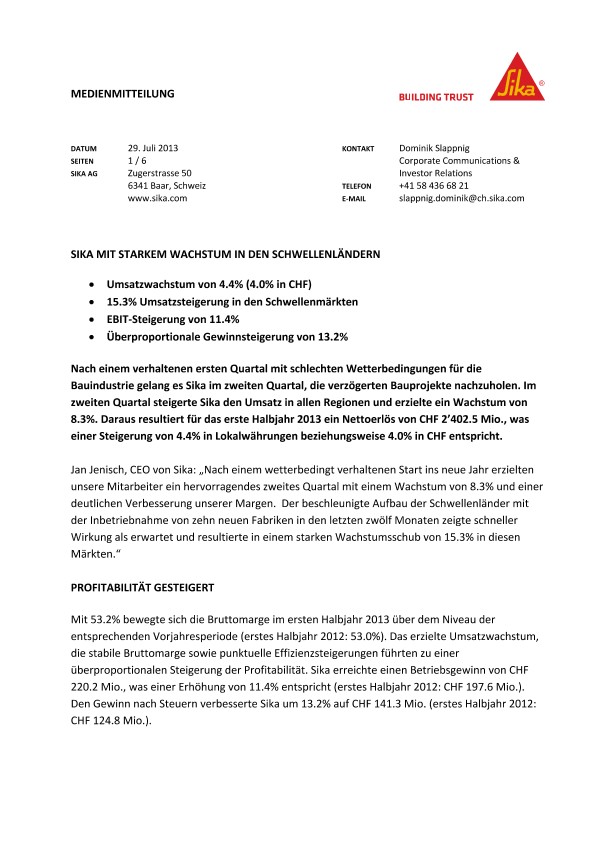 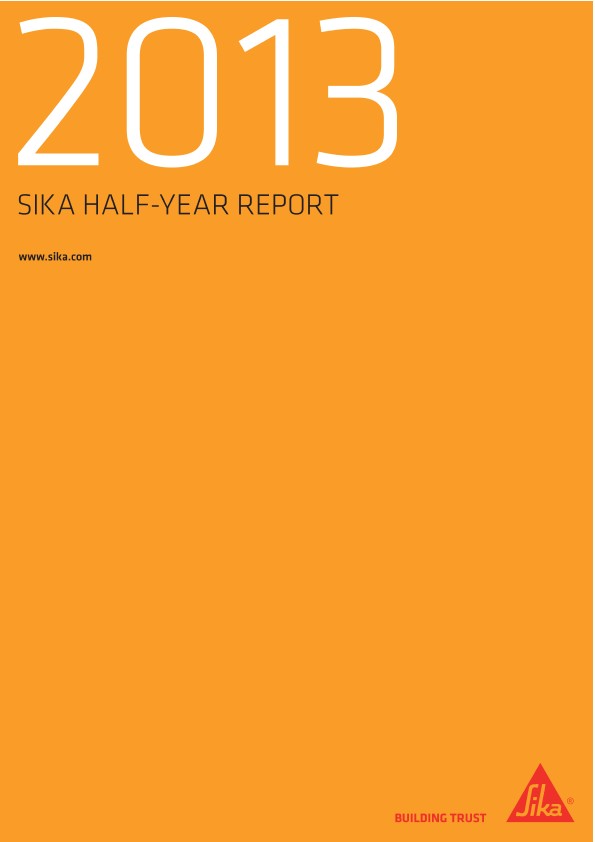 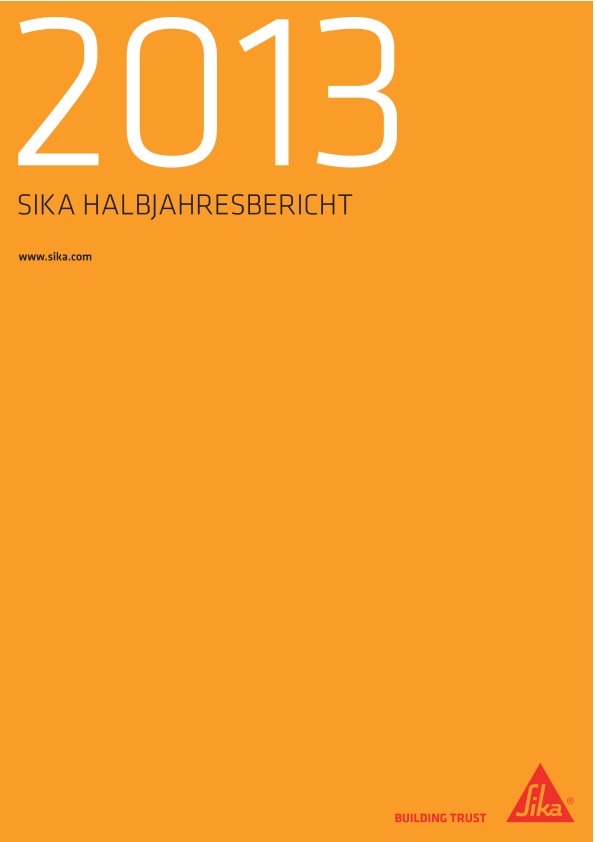