In the third quarter, Sika reported local currency growth of 10.6%. Net sales for the first nine months of the year came to CHF 3,807.7 million, corresponding to a year-on-year increase of 6.7% in local currencies and 4.7% in Swiss francs. Sika posted an above-average increase in net profit.

Significant GROWTH IN EMERGING MARKETS AND IN RUSSIA

Sika CEO Jan Jenisch: “In the third quarter, our employees achieved the best quarterly result of the year, with growth in all regions and continually improving margins. This outstanding performance is broad-based. Our focus on building up the supply chains in all regions, the launch of innovative products in all target markets and investments in the emerging markets deliver convincing results.”

With local currency growth at 0.6% for the first nine months of 2013, the region North America developed below expectations. While the residential real estate market showed signs of recovery, there were no positive impacts on the remainder of the construction industry.

The strong growth in the region Latin America continued. Sika posted year-on-year sales growth of 13.8% in local currencies, witnessing increases across the entire region and in all target markets. A particularly strong growth was recorded in Brazil and Argentina.

The region Asia/Pacific saw further above-average growth, with sales up 12.0% in local currencies. While the region's OECD countries recorded a slight sales increase, double-digit growth was achieved in countries such as China, Indonesia, Thailand, Malaysia and Vietnam.

Including acquisitions, Sika is anticipating sales growth of 5 to 7% in local currencies for the full year 2013. Negative currency effects in some key markets and additional expenditure arising from the acquisitions are expected in the fourth quarter. In terms of profitability, for 2013 we expect an above-average increase in operating profit (EBIT) of 10 to 13%.

1 Restated due to amendments in segment structure
2 Including acquisitions 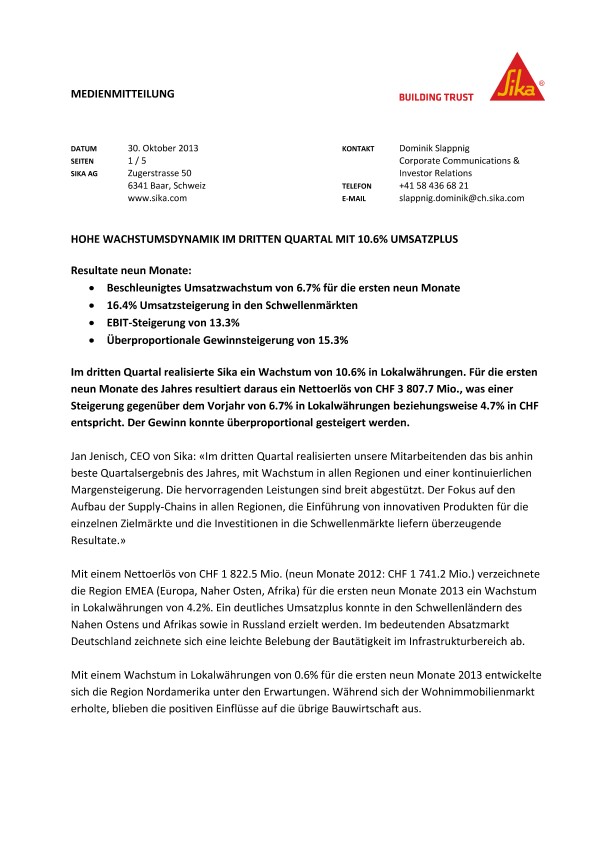 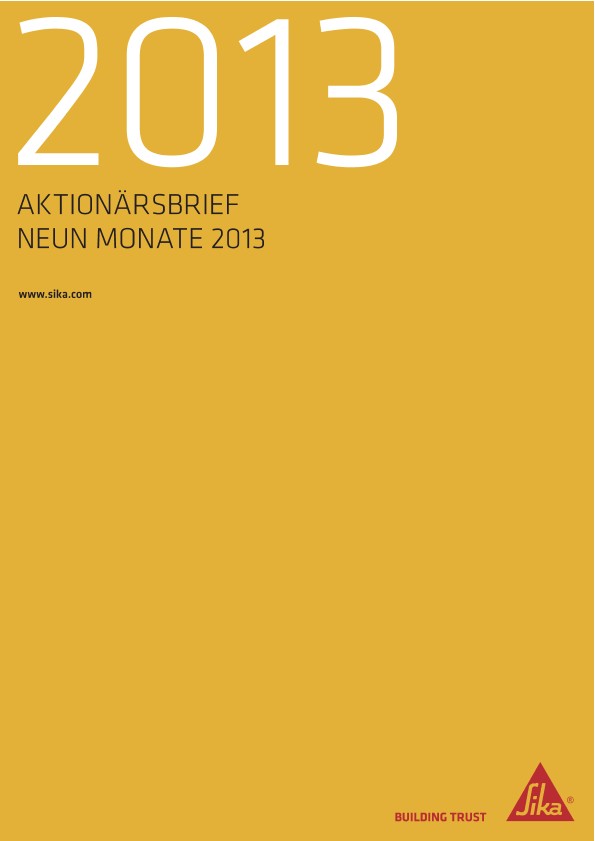