The brand new Metro Line in the South American city of Quito in Ecuador comprises the first new public transport system for the city with a length of over 22 km. The Metro Line will run from the Quitumbe bus terminal in the south of the city to El Labrador station in the north, on the site of an old airport. Construction is scheduled to take around 36 months. Stations along the line will be located at Quitumbe, Morán Valverde, Solanda, El Calzado, El Recreo, La Magdalena, San Francisco, La Alameda, El Ejido, Universidad Central, La Pradera, La Carolina, Iñaquito, Jipijapa and El Labrador.

For the excavation of the Metro Line in Quito, three Earth Pressure Balance Tunnelling Machines (EPB TBM) have been used by the main contractor. Two of the machines are brand new and specially designed for this project and one TBM has already excavated some tunnels in Spain before being fully refurbished and sent to Ecuador. The TBMs have a diameter of around 9.4 m and were provided by a TBM German supplier.

Excavation with shield TBMs means that precast concrete segments are installed to form the tunnel, and an annular gap remains between these segments and the ground. The filling of this annulus is a very important requirement as this ensures homogeneous contact with the ground, transfers load from the TBM back-up and also can help to waterproof the tunnel.

In this project, two component injection grout is prepared by mixing a blend of water/cement, bentonite and retarder (component A) with an accelerator (component B). These get mixed just before the component A is injected through the tailskin and transforms itself from a creamy liquid to a gel in around 10 – 20 seconds. The final mix has comparable compressive strength to that of the surrounding ground and can fill every gap and void before it sets and hardens. For the required flow and retarded set effects, Sika Retarder® is used. Sigunit® L-65 accelerator is also added to control the set and hardening time and process. 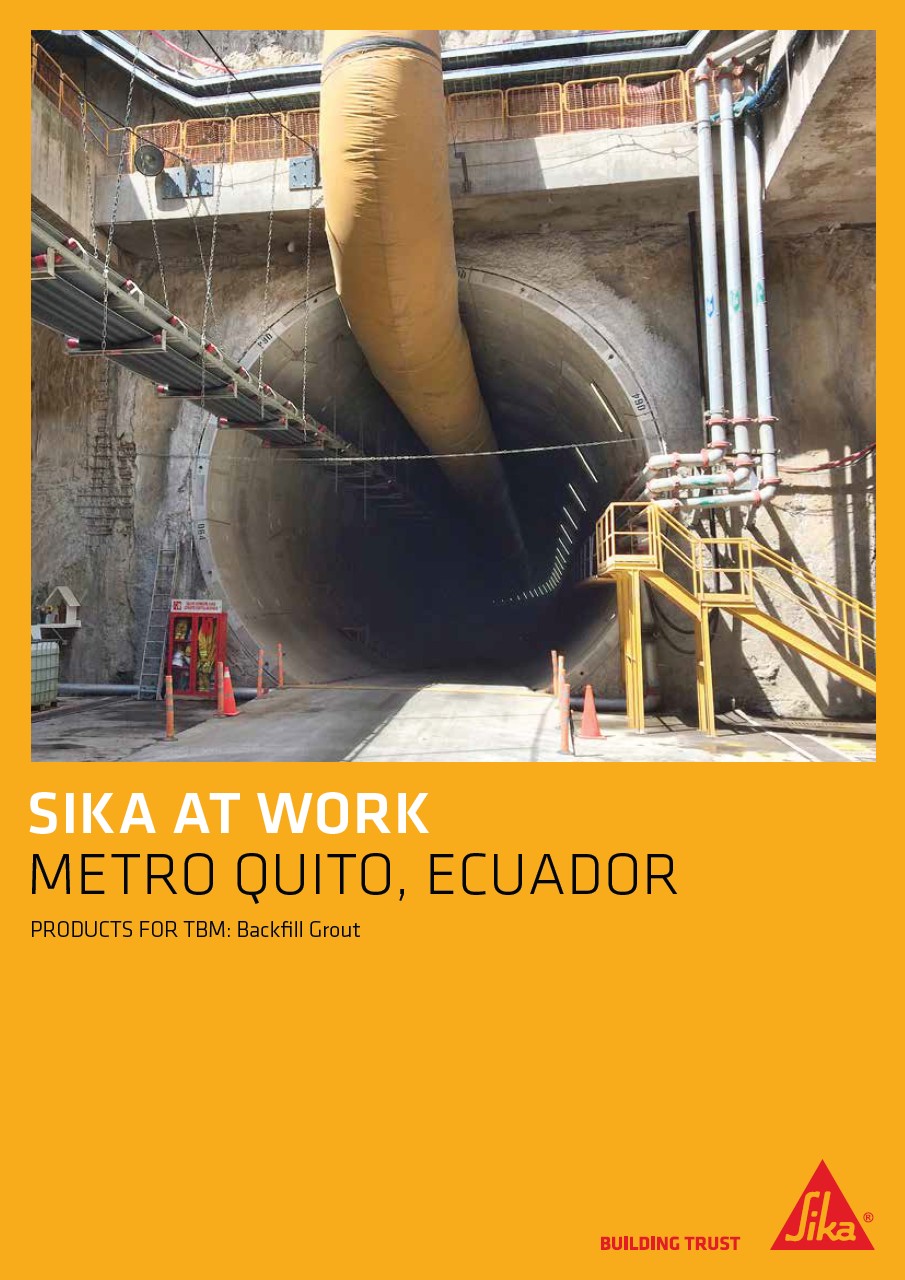